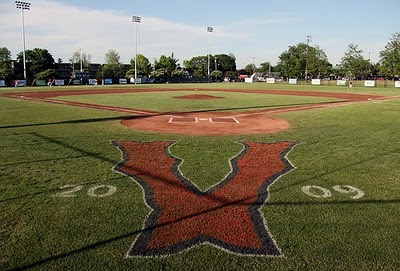 The Victoria Seals of the Golden Baseball League announced on Wednesday (November 10, 2010) that they were "ceasing operations". While acknowledging that the league has some serious challenges, the club was pointing more fingers at the City of Victoria, who owns and operates the Seals' home, Royal Athletic Park (RAP).

Like practically every other pro sports franchise that plays in a publicly owned facility, the Seals wanted a better deal. In the news release and press conference, the Seals stated they had asked for a larger share of the gate and concession revenue, and solutions to a variety of issues relating to the playing field, including the ability to leave the outfield fence up all summer. The City's position is that they are unwilling to have taxpayers subsidize the club, and since RAP is a multi-purpose facility available for many users their hands are tied on the field issues.
I don't know enough about the details on either side to offer an informed opinion. But I can say both sides seem to have entrenched positions, based on their specific operating requirements (for the City, that includes the political reality as well as the business side) that seem reasonable enough. In short, there may not be a middle ground that is satisfactory to both parties.
The local press has played up the distance between the Seals and the City (the news article is here, but the local daily also weighed in with this opinion piece and this more resigned article). But in so doing, the press has missed a key element that the Seals acknowledge: the Golden Baseball League is itself in a shambles. The team's press release describes the league as being in an "unstable state", but I suspect that understates the troubles.
To my way of thinking, the biggest problem is the distribution of the teams in the league. To expand the league off the mainland of North America to Victoria (on Vancouver Island) was one thing -- it guarantees a higher-per-mile travel cost (those ferries aren't cheap) and perhaps an extra hotel night. But what was the league thinking, given the evidence that the league is in a tenuous state to start with, adding clubs in Mexico (Tijuana -- not far from the mothballed San Diego club but across an international border) and in particular Hawaii (Maui)?
I have to wonder if, with their "cease operations" announcement, the management of the Seals is trying to press both the City of Victoria and the management of the Golden Baseball League. Perhaps it is just wishful thinking on my part, but if the Seals can get a more satisfactory arrangement with the City of Victoria (or another municipality in the greater Victoria area -- we have 13, after all), while pressuring the league to make some sensible choices about where the franchises are located, then perhaps we haven't seen the end of this round of professional baseball in Victoria.
Update (2010-11-15): The Globe & Mail also chimes in.
Posted by Martin Monkman at 5:22 PM