I like these WPA word cloud graphics from SB Nation by Kevin Dame, describing the player contributions in last night's Tiger-Yankee ALDS game 5.  (From
http://mlb.sbnation.com/2011/10/7/2474640/yankees-tigers-game-5-visual-box-score.) 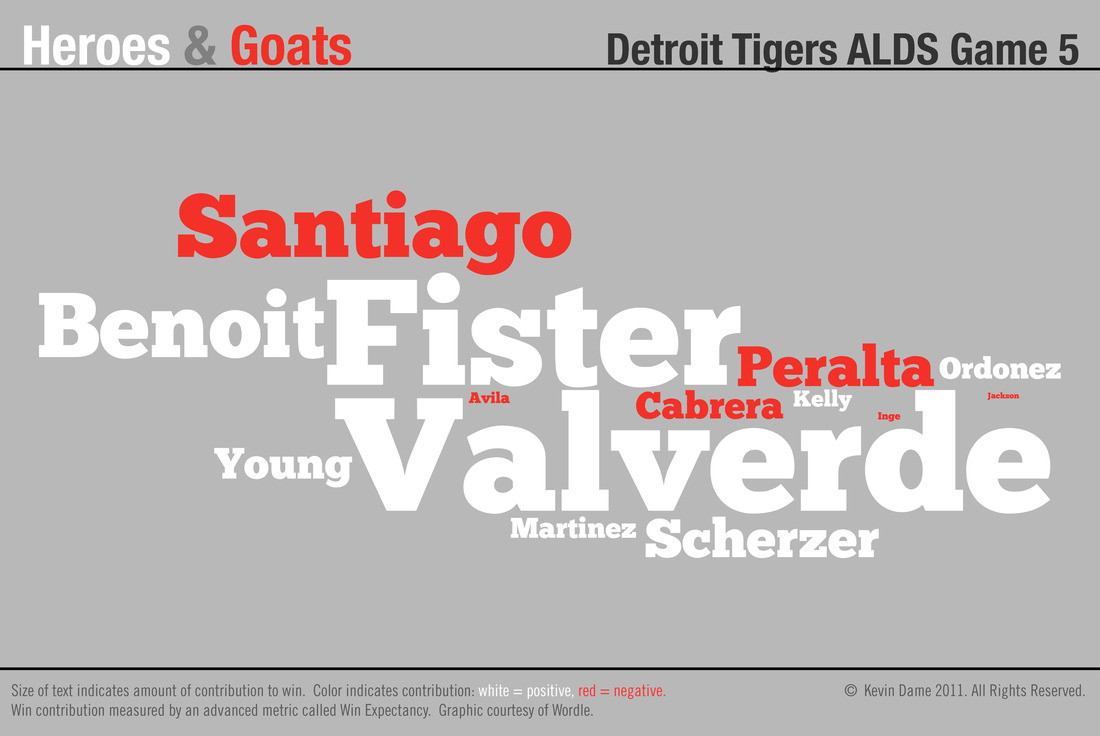 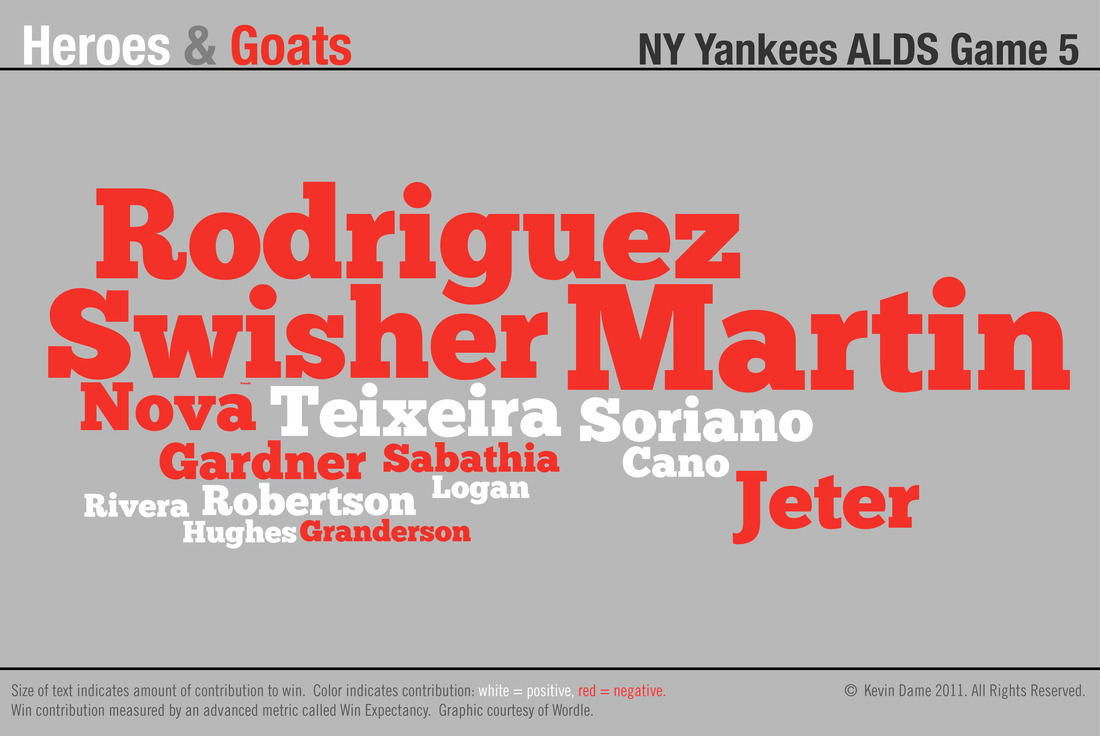 One of the things I like is that they emphasize that that WPA (Win Probability Added) is circumstantial.

For the Tiger pitching staff, the starter Fister gave up only one run over five innings (that is, four scoreless innnings), but gets a smaller font than the closer Valverde who worked only the scoreless ninth inning.  An easy example is Fister worked a 1-2-3 1st innning with a 2-0 lead, which was worth 0.052 WPA.  By contrast, Valverde's 1-2-3 9th inning with a one-run lead (3-2 score), was worth 0.222 WPA.  Being later in the game and with a tighter score yielded a higher WPA.

And for the Yankee hitters, ARod's strikeout to end the game (the end of Valverde's 1-2-3 ninth) was only one-third as important to the Yankee defeat (-0.053 WPA) as Swisher's strikeout to end the 7th inning, when the bases were loaded (-0.154).  Of course, on Swisher's strikeout Tiger pitcher Joaquin Benoit set himself up for the big 0.154 WPA by coming in with a runner on 1st, then giving up two singles to load the bases, followed by a walk to close the lead to one run.

(The Fangraphs box score has the details that were used to make the word clouds, while the individual play log, with the WPA for each at-bat, is here.)