Pythagorean win expectation (a simple application of the tidyverse)

At the All Star break, a little over mid-way through the 2018 Major League Baseball (MLB) season, the Seattle Mariners were sitting in second place in the American League West, with a record of 58 wins and 39 losses, a winning percentage of .598. This success had been in spite of a negative run differential; they had scored 2 fewer runs than they had allowed over the 97 games played to that point. They had been losing some games as blowouts, and had been winning a lot of close games.
The Mariners’ success had been noted throughout the season;
Of course, regression toward the mean is a thing, so we might have anticipated that by the season’s end the Mariners’ win/loss ratio would more closely reflect their run differential. But did it?
I’ve written before about run scoring and prevention (index here). This time, I will look at the simplest of the approaches to calculating “win expectation” that have burbled up in the sabermetric community over the years; the other approaches may be worthy of consideration for a future post. This exercise will also give us a way, in subsequent posts, to look at the ways that the statistical programming language R works with regression models.

Bill James, the godfather of sabermetrics, developed the Pythagorean win expectation model (wikipedia page). The basic idea is that there is a relationship between the runs a team scores (\(RS\)) and allows (\(RA\)), and the proportion of the games that they can be expected to win (\(WE\)). The equation is expressed thus:
\[ WE = RS^2 / (RS^2 + RA^2)\]

Let’s write a little R function for this equation…in that way, we can save some typing later.

First, we’ll load the packages we need. Note that tidyverse contains multiple packages, including the graphing package ggplot2 and the data wrangling package dplyr.
For this analysis, we’ll use the Major League Baseball data package. To get the data, we’ll rely on the CRAN version of the Lahman package, which will (at this writing; an update is pending) take us through the 2016 season. 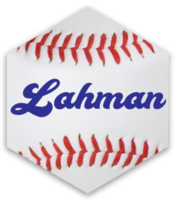 Posted by Martin Monkman at 8:37 PM